From the Desk of Chris Laub


Present Location: A Tiny Island Off the Southern Coast of Brazil

It was March of 2008 when a fist fight changed my life forever.

At the time, I’d been working as an account manager at a rapidly growing digital marketing agency in Los Angeles.

The day of the fight was a crisp, LA “winter” morning.  I was minding my business when my buddy (who got me the job) stormed into the office.

Hair tussled and shouting, something had obviously gone down.

Over the coming hours, I would come to discover my friend had got into a fist fight in the elevator of our company’s building.  Turns out one of the guys in our I.T. department owed him some money for a project they’d been working on.

As a result of the fight, both of them were immediately fired.  Apparently we weren’t supposed to have bar room style brawls at work. #WhatASurprise

The next day, my boss realized my friend (who’d been fired) was our one and only salesperson.  With no one to man the phones for a rapidly growing agency, this was an urgent problem.

Desperate to get someone on the phones ASAP, my boss asked if anyone in our department was interested in handling sales calls.  With no one else jumping at the opportunity – and enticed by the possibility of earning commissions on top of my salary – I volunteered.

Fast forward a bit and I was very quickly put in charge of sales full-time.

As a one of the fastest growing companies in the U.S. (#67 on the Inc. 500 that year), the company was booming.  And because I was the one and only salesperson for such a rapidly growing company, my income exploded right along side it.

Newly single, I began using my extra earnings to travel overseas.  At first I would stay in hotels like a normal tourist.  But after meeting some backpackers – and becoming quite lonely traveling by myself – I abandoned the hotels to start staying in hostels. 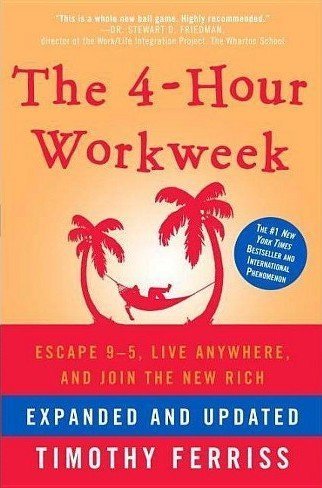 Shortly after, my dad’s friend gave me a copy of the 4 Hour Work Week after hearing about my overseas expeditions.  And while it’s the most cliche story ever, that book really did change my life.

In particular, it introduced me to the possibility of digital entrepreneurship.  See, despite earning more than most anyone I knew, I was miserable inside.  As Tim put it: I felt a “gaping hole in my soul” every time I had to wake up and commute to work.

So, after weeks of deep pondering, I came to the conclusion I’d leave my cushy job to become a digital nomad.  From there I worked for another 18 months to pay off all my debts and save up the amount of cash I wanted.

Then finally – in November of 2010 – I left my job to travel the world and work online.

Unfortunately, my first attempts at digital entrepreneurship were a complete disaster.  I jumped from idea to idea while constantly chasing bright shiny objects.  Like many beginners, I never stuck with any one thing long enough to achieve success.

Sadly – by April of 2014 – I’d burnt through my entire $76,000 life savings without getting one single business off the ground.

When my roommate wasn’t around, I would sit on the balcony of our Costa Rican jungle house and cry because I felt like such a failure.

Eventually, my funds got so low I had to move back into my mom’s upstairs two-bedroom apartment.  As a 29-year old man who’d just tasted three years of extreme freedom, this was beyond embarrassing.

With no car, my only option for getting out of the house was to ride around on my mom’s pink beach cruiser.  To mask the shame I felt riding a pink bike, I’d wrap the frame in a beach towel so people driving by wouldn’t see it.

On top of that, my love life was at a low point.  After meeting some amazing women during my travels, my dating life had come to a screeching halt.

When I went on dates, I tried to brush off the fact I was living at home by mentioning how I’d “just gotten back from traveling” and “was trying to find a new place.”

What a lie that was.

With my cash running low, I realized it was time to face the music and look for a job.  But then a funny thing happened:

As I started to browse the job sites, my brain shut down.

After having experienced three years of freedom, the thought of going back to a 9-5 was soul crushing.  Quite literally too much to handle.

So, in a moment of desperation, I decided I would give this online thing one more shot.

With less than a thousand dollars to my name, I knew I had to be smart.

My plan involved contacting local businesses and letting them know I could help them get Yelp reviews.  Only problem was: The “plan” for getting clients involved sending lead generation letters through the mail.

Something I knew absolutely nothing about. 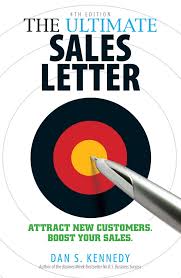 So, I bought a copy of Dan Kennedy’s Ultimate Sales Letter and read it cover to cover – twice.  Then I drove around town putting my campaign together on the cheap.

After printing my letters off at the library (for ten cents a piece), I sat at my mom’s kitchen table stuffing, licking, and hand-writing the addresses myself.

By the fourth day, my campaign was ready.  The night I dropped my letters off at the post office was a night I will never ever forget.  I was so desperate to get some kind of business going I actually kissed the bundle of envelopes before dropping them in the mailbox.

And lo and behold: Three days later, the calls started coming in!

By Wednesday of the following week, I’d landed my first four-figure client.  So I ran the campaign again and landed another $1,500 in business. At which point I realized:

“Wow, that stuff I wrote is actually getting people to respond.  I can make money with this!”

With my new business humming along, I moved to Chiang Mai, Thailand to keep my expenses low as I grew the business.

By the end of 2014, however, I had to shut that company down because of fulfillment issues.  At which point I had another realization:

“If I was able to get results for myself as a total beginner – with a low-budget campaign I scrapped together at the library – surely I could use my writing to help real businesses with their marketing.”

So – in January of 2015 – I hung my shingle as a freelance copywriter and started taking on clients.

And while I wasn’t quite an “overnight success,” my career exploded pretty fast.

In 2016, my deep understanding of survey-based market research got me an invitation to work with NY Times and WSJ bestselling author Ryan Levesque.

In 2017, I was invited to work for Clients on Demand – industry leader in the “How to Get Premium Clients” space.  While there, I was responsible for critiquing, editing, and writing copy for nearly 200 lead generation funnels.

Fast forward to today and my client list is made of Shark Tank, Inc. 5000, and Two Comma Club winners.

These days, I combine my understanding of high ticket sales and copywriting to help coaches, consultants, and course sellers increase revenue and profit. 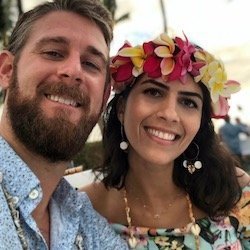 As for my non-work life, I live in Brazil with my wife Mariana and our dog – Chico.  In my free time, you can find me surfing, reading my Kindle, watching USC football or cuddling with the fam watching Netflix.

PS – This site is not updated on a frequent basis and mainly exists for people who Google my name.  But if there’s something you need help – or you’d like to discuss a business project – please contact me here.

Any cookies that may not be particularly necessary for the website to function and is used specifically to collect user personal data via analytics, ads, other embedded contents are termed as non-necessary cookies. It is mandatory to procure user consent prior to running these cookies on your website.